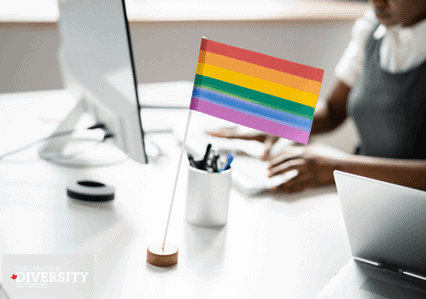 This resource provides basic definitions of many of the terms associated with sexual orientation, gender identity, and gender expression.

The LGBTQ2+ Terms And Definitions Guide For Workplaces is a resource to help people gain a clearer understanding of key words and meanings. It is not inclusive of the full spectrum of terminology related to sexual orientation, gender identity, and expression, nor do the definitions provided fully express the nuances of each term.

Terms and definitions have been sourced from a course presented by The Canadian Diversity Initiative. Terms are presented in alphabetical order.

In the workplace, the term ally typically refers to an employee who supports and stands up for the rights of those who identify as LGBTQ2+. It is important to recognize that an ally may, or may not, identify as LGBTQ2+ personally. Allies have a critical role to play in creating respectful, LGBTQ2+ inclusive workplaces. Their involvement can have a transformative effect on the culture of an organization and the workplace experience for all employees.

Someone who doesn’t experience sexual attraction, or who has little to no interest in sexual activity, may identify as asexual.

Assigned sex is the biological classification of a person as male, female, or intersex. It’s usually assigned at birth based on a visual assessment of an infant’s body. Some people identify with their assigned sex; others do not.

Cisgender refers to someone whose gender identity corresponds with what is socially expected, based on their assigned sex. For example, a cisgender female is someone who was assigned the sex of female at birth and who self-identifies as female.

Diversity encompasses all the ways we differ from each other. This includes factors like race, ethnicity, culture, age, religion, socioeconomic status, sexual orientation, gender identity, and gender expression. It also includes differences in education, personalities, skill sets, experiences, and knowledge. Workplace diversity is about the makeup of the workplace and the degree to which it reflects the diversity of our society.

Someone who's attracted to people of the same gender and/or sex as themselves may identify as gay.

Gender is not a synonym for assigned sex. It is much more complex than sex, encompassing society’s expectations, standards, and characteristics about how individuals should look and behave, based on their assigned sex.

In Western cultures, gender is historically viewed through the lens of the gender binary. This is a limited view of gender that classifies people as either male or female and sets expectations and standards based on narrow views of what it means to be masculine or feminine.

Gender expression encompasses the many ways we each express our gender, including speech, body language, mannerisms, hairstyle, clothing, etc. An individual may express their gender identity to society as masculine, feminine, neither, both, or something else.

A person who is gender fluid may identify as male sometimes and as female, or genderless, at other times.

Gender identity is each person’s internal and individual experience of gender. It’s about how we feel inside and how we express our gender to others. Our gender identity is a feeling that begins very early in life. It may, or may not, align with what society expects based on assigned sex.

Someone who is attracted to people of a different sex and/or gender may identify as heterosexual, or straight.

Inclusion is about how people interact and the culture of an organization. In an inclusive workplace, the identities, ideas, and opinions of diverse employees are recognized as valuable; policies, practices, and social interactions are respectful; and each employee has an equal opportunity to participate and thrive.

Intersex is an umbrella term used to refer to people born with genitalia, hormones, internal anatomy, or chromosomes that don’t fit binary ideas of “male” or “female”. There are many possible ways to be intersex. While some intersex traits are noticed at birth, others don’t appear or aren’t discovered until later in life. Approximately 1 in 2,000 babies are intersex. Being intersex is not a medical problem. It’s a normal, natural, healthy way bodies can be.

LGBTQ2+ stands for: lesbian, gay, bisexual, transgender, queer or questioning, and two-spirited. The plus sign (+) acknowledges the broader diversity of identities that exist in our communities, including non-binary, pansexual, asexual, and intersex. Other common acronyms include LGBT+ and LGBTQ+ as well as longer acronyms, like LGBTTTQQIAA. There is no perfect acronym. The goal is to be as inclusive as possible. Always respect communities and individuals by using their preferred acronym.

Microaggressions are the everyday, subtle, intentional or unintentional interactions and behaviours that communicate some sort of bias towards historically marginalized groups.

Imagine gender as a universe of possibilities that includes all the ways that biology, gender identity, and gender expression may intersect. Within this universe, each person’s gender is a unique, distinct star. People whose gender identity falls outside of the gender binary (male/female) may identify as nonbinary, or genderqueer. Someone who is nonbinary may feel like a mix of genders, or like they have no gender at all. An individual’s sense of gender can also change over time.

A person who's attracted to a diversity of sexes and/or genders may identify as pansexual.

When speaking and writing, we frequently use personal pronouns to take the place of people’s names. We do this so often, that we don’t even think about it. But using gender-specific pronouns, like she/her and he/him, can make potentially incorrect or hurtful assumptions about someone’s gender identity. Using someone’s correct gender pronouns is one of the most basic ways to demonstrate your respect for their identity. There are many third-person pronouns that someone might choose to use, including they/them, zie/hir, xe/xem, and many others. When you know what term an individual uses for themselves, you should use that term.

If you are unsure, a simple gender-neutral term that’s easy to use is they/them. And yes… it is grammatically correct to use they/them in the singular!

Historically, the word queer was used as a slur against individuals who were even suspected of belonging to the LGBTQ2+ community. While some individuals who identify as LGBTQ2+ still find the term offensive, it has been reclaimed by some LGBTQ2+ communities and individuals as a term of pride and an affirmation of diversity. Queer can be used to encompass a broad spectrum of identities related to sex, gender, and attraction, or by an individual to reflect the interrelatedness of these aspects of their identity. Queer is often used as a broad rejection of labels, and in particular a rejection of labels related to gender and sexual orientation.

Questioning is an umbrella term for the process of reconciling all the feelings someone has within themselves about how they experience attraction and/or gender; the language available to describe those feelings; and their sense of how this will impact on their interactions with others. Questioning may be used as an adjective or verb. An individual who is questioning may not want to label themselves, as is their prerogative.

Sexual orientation, or attraction, is a person’s potential for emotional, spiritual, intellectual, intimate, romantic, and/or sexual interest in other people.

When the policies, practices, and patterns of behaviour in an organization create or maintain disadvantages for certain groups of people, it is called systemic discrimination.

The term transgender, frequently shortened to trans, refers to someone whose gender identity does not correspond with what is socially expected based on their assigned sex. Trans can be used as an umbrella term, encompassing a range of gender identities and expressions. People who are transgender have different preferences about how they self-identify. Some may use the term trans, while others prefer a different term, such as non-binary, genderqueer, or genderfluid. The important thing is to show respect by using the term preferred by an individual.

A respectful workplace is one where ALL employees feel safe, are treated fairly, can be all of who they are, and are able to focus on getting their work done. In a respectful workplace, the daily behaviours between individuals reflect consideration and acceptance of each other, and the policies and practices of the organization support diversity and inclusion.

Some Indigenous people who are LGBTQ2+ choose to identify as Two Spirit. Two Spirit affirms the interrelatedness of all aspects of identity—including gender, sexuality, community, culture, and spirituality. 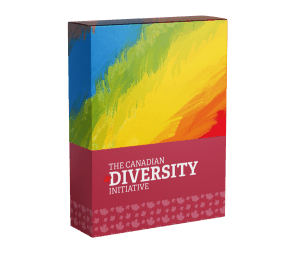 LGBTQ2+ diversity and inclusion training is an important step on the pathway to creating an inclusive workplace culture where everyone feels safe and respected. This self-paced online course educates participants about LGBTQ2+ communities, appropriate terms of reference, and the challenges and inequities employees who identify as LGBTQ2+ may face at work. The objective is to lay the foundation for open communication and support an inclusive workplace culture. 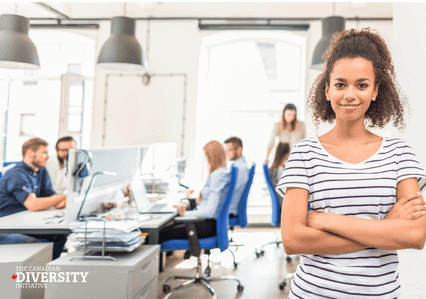 Workplace Diversity Quiz: How Respectful Is Your Workplace?

This quick and easy quiz helps you think about the strengths and challenges of your workplace through the lens of diversity and inclusion. Take the quiz.